Developing a Sense of National Pride Through Community Engagement

To create a sense of pride and belongingness in Saudi Arabia among the local community through community engagement and participation.
Challenge

Hundreds of people participated in the competition, and thousands more wanted to witness the final event. Over 300 unique formations in the deserts of Saudi Arabia were discovered and can now be visited as tourist sites.
Outcome

The submission of more than 1,770 photos and discovery of 394 new rock formations expanded the planned development of one of the most popular tourist destinations in Saudi Arabia. Locals take pride in the beauty of their country and themselves, even more so now that they have discovered and named certain tourist attractions.
Impact

When a country promotes its tourist sites, it is not only doing so for the benefit of travelers or the economy, but also to show pride in the beauty of its nation. Up until 2016 when Saudi Arabia’s Vision 2030 came into play, tourism in the kingdom was minimal as most of its visitors would come solely to perform pilgrimage.

In an attempt to hit its 100 million visitors by 2030, Saudi Arabia had to start acting quickly and efficiently. It set an investment goal of $810 billion for the expansion and promotion of tourism, culture, and entertainment in the country. In 2017, it had already allocated $2.64 billion for six different initiatives, and finally released its tourist visas in 2019, issuing over 400,000 of them in the first six months alone.

Although hampered by the sudden rise of a pandemic, the kingdom still has high hopes for its short term tourism results. According to the Saudi Tourism Authority, 2022 should bring with it a total of 62 million domestic and international visits - or 62% of the end goal - along with 836,000 new job opportunities.

The fulfillment of Vision 2030’s tourism plan falls not only on the shoulders of the government but the locals as well. After all, this is all being done just as much for the locals as for the country as a whole. 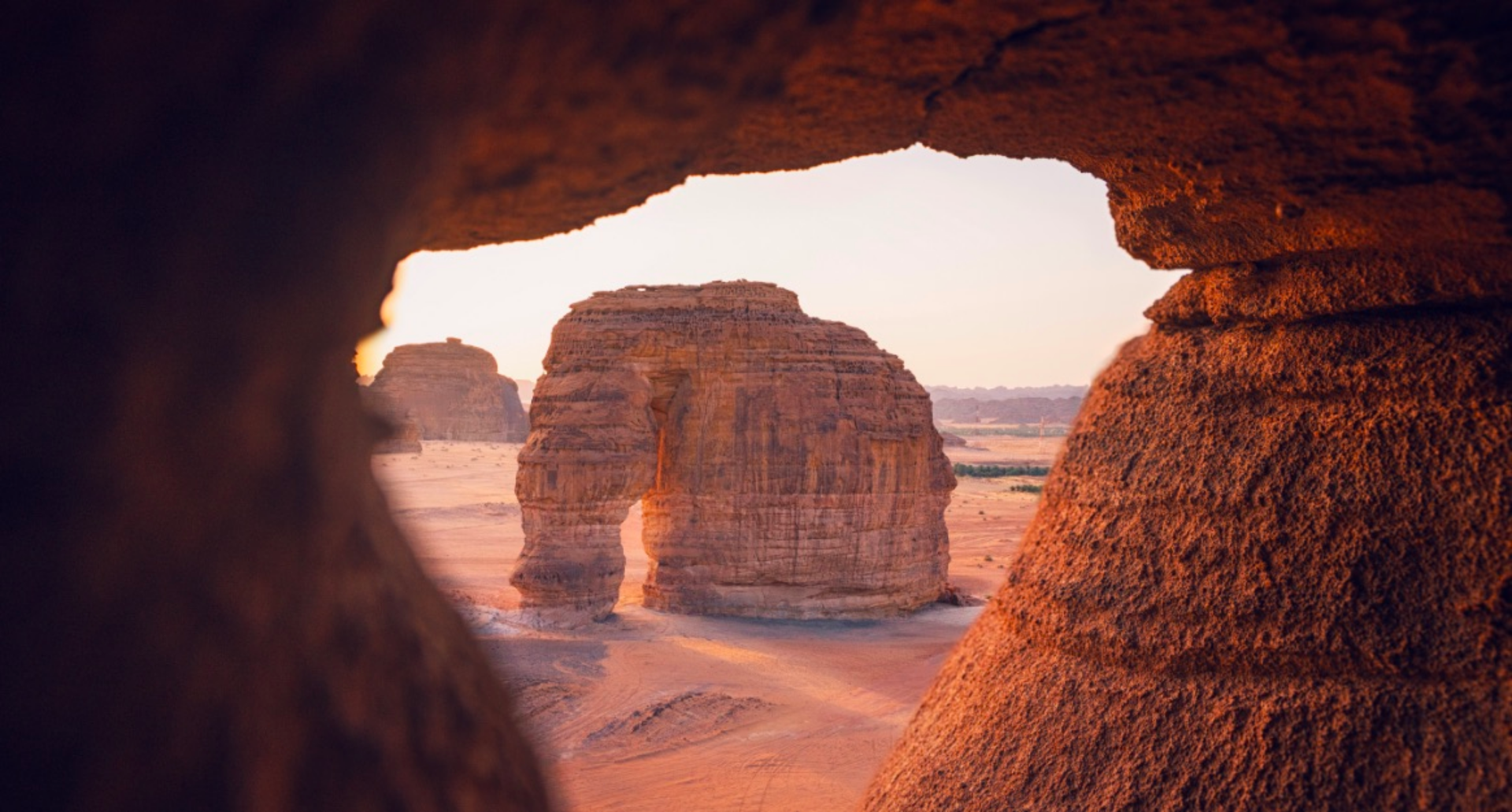 Name a Rock, Leave a Mark

How does one go about involving the locals in the tourism expansion plan? Saudi Arabia’s Royal Commission for AlUla enlisted TAM’s services in order to implement a project that would make sure any locals or city visitors felt their true value to the country. The competition, dubbed ‘Name a Rock’ (English for “عيّن حجرة”), was launched in 2018 to promote and raise awareness of the beauty that is the ancient city of AlUla, as well as create a sense of pride, ownership, and belongingness among the namers.

‘Name a Rock’ involved taking a trip out into the deserts of AlUla, searching for unique rock formations, photographing them, and giving them an apt name. As with most any other competition, the top three chosen submissions were awarded. The competition was announced through a tweet from the Royal Commission for AlUla’s Twitter account, in both English and Arabic allowing it to gain a wider audience reach. From then on, the announcements and promotions commenced through the different social media platforms as well as traditional and online media coverage.

Twitter in specific was able to garner a reach of over 40 million - six million more than the total Saudi population. The entries - the majority of which were from AlUla inhabitants - yielded a total of 394 new unique rock formations.

“Thank you. Thank you to the Royal Commission in AlUla Governorate for this wonderful organization and preparation for the Name a Rock competition. If this is the beginning, then you can only imagine the days and nights to come, and what an extravagance AlUla will become now that AlUla is beginning to really live the dream.” - Mohamed Al Qadi (Translated Twitter post)

The marketing approach did not solely rely on digital tactics, but on-ground direct methods as well. The competition set up a dedicated booth during the AlUla Dates Festival, which alone obtained hundreds of submissions. Street stands were also placed in multiple locations to actively engage with the city’s inhabitants and personally invite them to participate.

Afterwards came the two filtration processes. The first had the chosen committee, composed of AlUla and TAM representatives, hand pick the top 10 submissions. The second nomination stage was executed in two parts, half voting and half judging. The voting aspect - done through the ‘Name a Rock’ website - was for the public to complete, and the judging phase was done by the committee itself.

This lead to the final event which consisted of 550 guests separated into two audience categories, the invited VIPs (i.e. AlUla’s governor, government officials, the winners and their families, etc.) and the general public. The audience witnessed a ceremony honoring the top five contestants, and the awarding of the three winners.

People in different city locations reacted contrastingly to the various multimedia platforms. Nevertheless, the submissions were mainly sent in by those who knew the area well and were adventure-inclined. The ticket purchases and inquiries for attending the final event demonstrated the vast interest people had in witnessing this national pride-filled occasion. This was also seen during the voting session that accumulated thousands of likes on the finalists’ competition posts.