Expanding Horizons and Conquering a New Era of Tourism

To empower Saudi Arabia’s tourism sector service providers with the knowledge, skills, and tools to conquer a new era of tourism.
Challenge

A two-part bootcamp that brought together tourism service providers from various backgrounds to help accelerate and expand their expertise in the ever-changing sector.
Outcome

A combination of 110 new tourism package ideas and models were delivered by the 110 participants (out of 173) who made it to the second round of the bootcamp. These participants now have the ability to innovate for the sector in the long-run, while also catering to the sector’s latest approaches.
Impact

Saudi Arabia has been vastly extending its tourism horizons as part of its Vision 2030 economic and social transformation efforts. During 2021 alone, the kingdom relaunched its Saudi Seasons events which can be attended throughout most of the country’s major cities. Its latest, the Winter Season, was recently launched by the Saudi Tourism Authority (STA) and is filled with over 300 packages and experiences best suited for winter.

During its first month, Riyadh Season alone brought in 3 million local, regional, and international tourists across nine of its expected 14 varied activity zones. The kingdom’s Tourism Development Fund has also let loose $533 million on tourism projects worth $1.6 billion; the rest of the funding was financed by the private sector.

As of November 2021, three of Saudi Arabia’s authorities signed a deal to promote eco-tourism. The kingdom’s Ministry of Tourism, Imam Abdulaziz bin Mohammed Royal Reserve Development Authority, and STA decided it was time to develop a more eco-friendly approach to the sector after the very eye-opening COP26 climate change conference in October. All of these initiatives only scratch the surface of the extent to which Saudi Arabia is diversifying its economy and expanding its tourism sector. 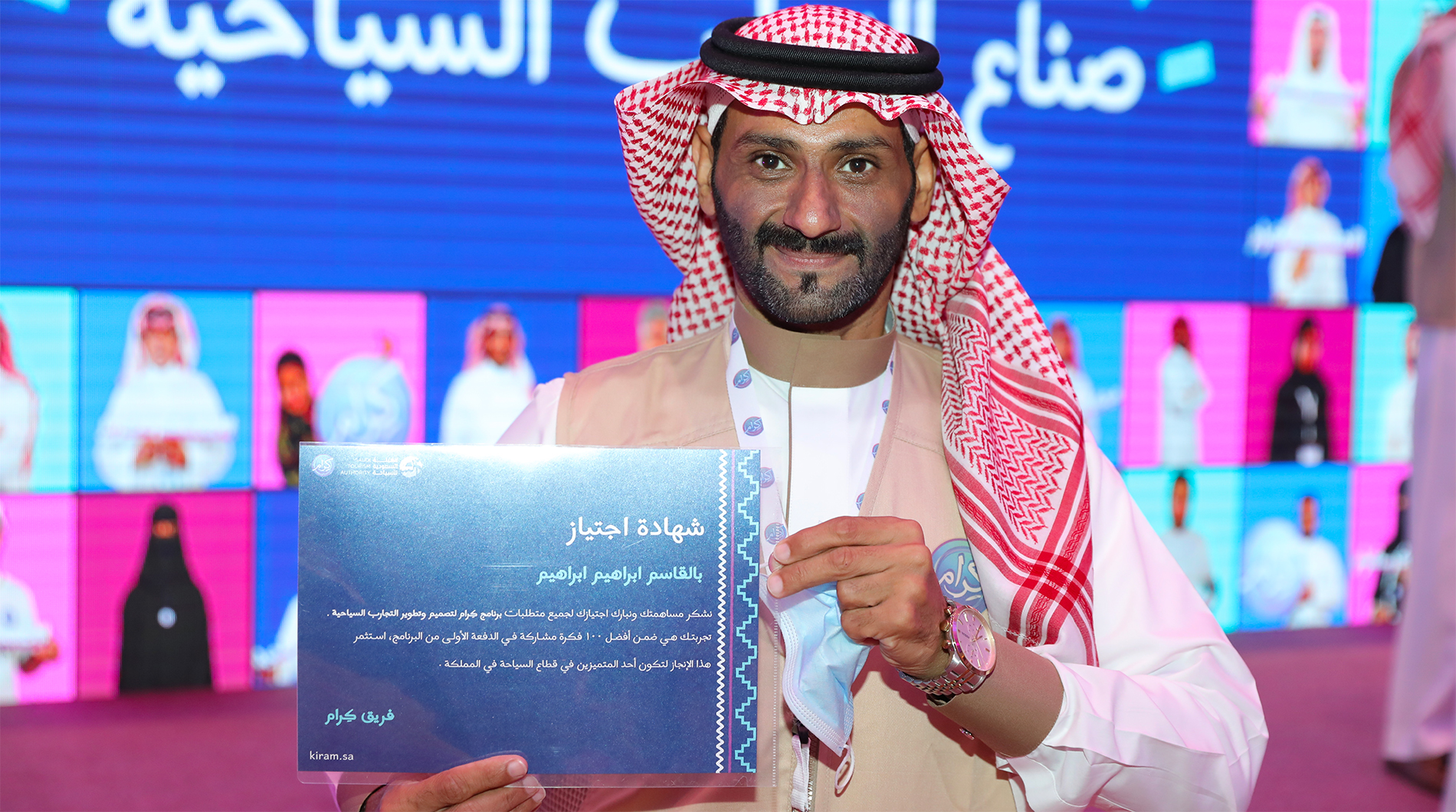 Freshening up the tourism sector

However, after an almost two-year hiatus, tourism is finally back in full force, which could have made tourism service providers just a tad rusty. To help these experts get back on track, the Saudi Tourism Authority, in collaboration with TAMx, designed the two-part tourism sector bootcamp Kiram in 2021. Its end goal was to create a sense of empowerment among the kingdom’s service providers and guide them in this new era of tourism.

The initiative started off with the 10-hour virtual and interactive training bootcamp, or Kiram Basics. Using the necessary virtual communication and practice tools, the 173 boot camp participants connected with three of TAMx’s very own innovation experts and five local tourism industry specialists. The latter’s expertise ranged from strategy and marketing to hospitality and tour guiding.

At the end of Kiram Basics, 132 participants submitted their own ideas for enhanced tourism experiences using the best practice tools and methods they had encountered during the virtual session. These same participants were then invited to join in on the second, more advanced and in-depth part of the bootcamp, Kiram Hackathon, based on their idea evaluation according to an agreed upon filtration criteria.

Of the total, 110 participants continued on with the bootcamp Hackathon, which was developed as a means of increasing the quality of the overall experience with the addition of both one-on-one and group coaching sessions. That meant, in addition to the three TAMx innovation experts and the four tourism specialists, there was a need for eight facilitators with different training and coaching backgrounds. They helped conduct the 10-minute one-on-one creativity sessions, for logo designs and content enhancement, as well as the group coaching sessions for marketing, logistics, and business model innovation guidance.

"Thank you Kiram for the development, support, and brainstorming of creative outputs/ Thank you Saudi Tourism Authority for the mighty tourism program, creative ideas, and linking creators to a network of relationships for fruitful cooperation.” - Areej Al AbdulKader, Kiram participant. (Translated Twitter Post)

The days included multiple tourism-based activities and exercises, and practice using the most required tools in the industry dedicated to experience design, story design, and financial cost models. The conclusion of the two-day Kiram Hackathon bootcamp, the participants were given the opportunity to showcase their new tourism package models. They were then handed a certificate of completion to display their newly acquired knowledge and skills.