Encouraging Reading in a World Dominated by Technology and Speed

Reviving the ebbing, mind-stimulating activity of reading to encourage the strengthening of education, creativity, and communication.
Challenge

A life-changing experience - initiated by one of the world’s largest companies, Saudi Aramco - that has brought back an interest for reading and the literary arts in full force.
Outcome

The iRead program piqued the interest of millions of people in the country with a whopping 18,000+ applying to take part in an event as simple as reading.
Impact

The participants and winners were both inspired and inspiring, persuading much of Saudi Arabia to return to reading and literature as a whole. In doing so, the program has redeveloped a comprehensive thinking, book-based learning, and entertainment reading among the public.

Contrary to popular belief, reading does not only revolve around holding a thousand-page book for hours on end, blankly staring at word after word, only to realize all this time was wasted on an unproductive activity. In fact, reading plays a heavily significant role in our daily lives, but we have become so acclimated to it that we no longer realize how often it’s done.

The activity itself can come in many forms, from something as simple as reading a sign and street names to reading news, educational content, and even fiction-based books. A few of the many benefits to reading include the improvement of concentration, vocabulary, and communication while also reducing stress and flourishing creativity and imagination.

A 2017 report titled “Do Arabs Really Read Less,” found that the Arabs’ reliance on books in Saudi Arabia was in fact less than that of Western and Asian expats in the country. Additionally, the time spent with family members and posting on social media both negatively predicted book reliance, while the openness to global news in the kingdom had the opposite effect. Saudi Arabia turned out to be the only Arab country where reliance on book reading was correlated with formal education levels.

A slightly older research conducted by local daily newspaper Arab News in 2015 noted that the technological boom was having a negative impact on people’s reading practices. Most people favored Internet and smart device usage, TVs, or even just hanging out with friends, resulting in the average Arab reading time equating to six minutes a year as opposed to the Western children’s 12,000 minutes per year. 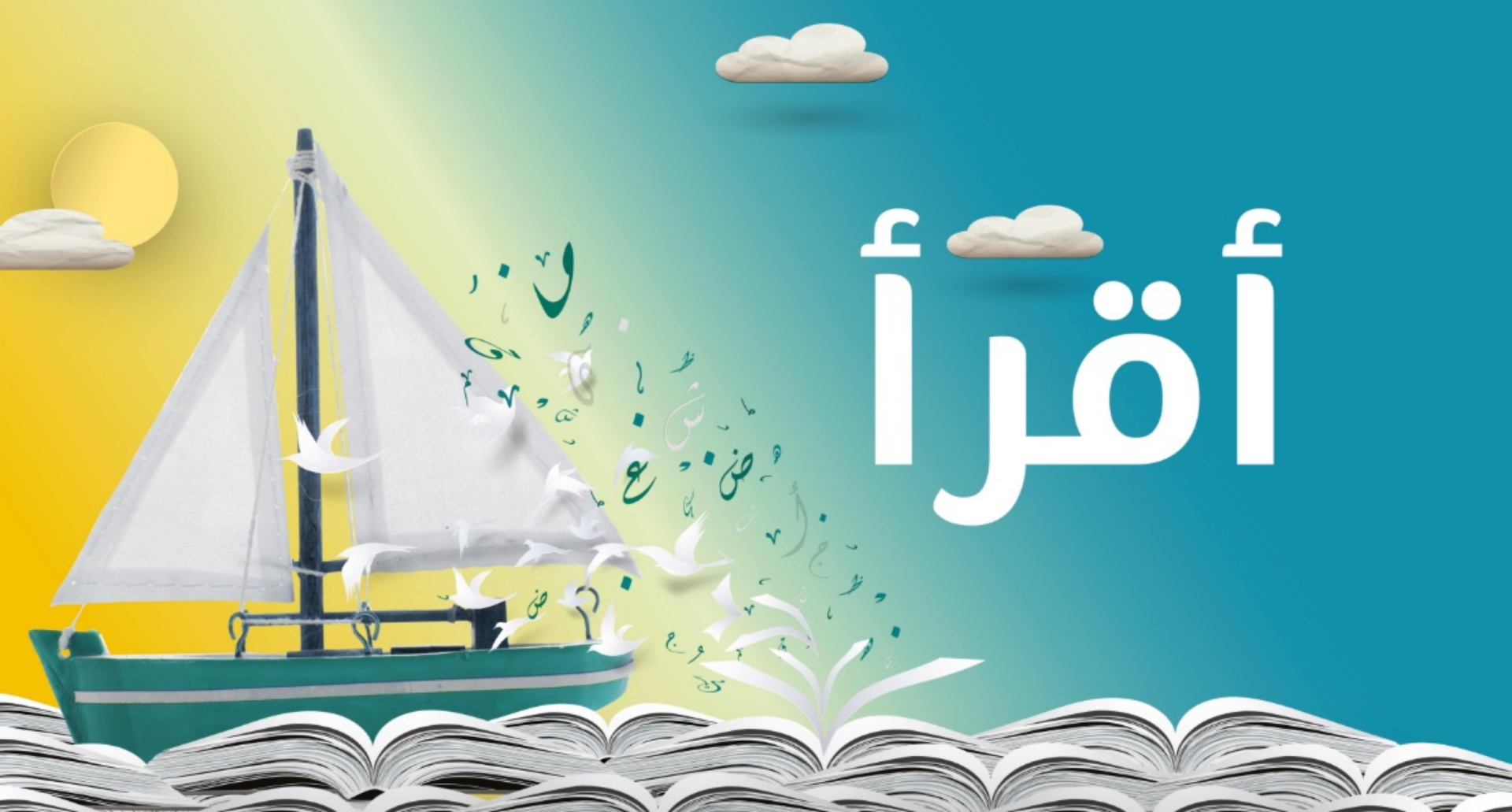 Read to learn, educate, and communicate

Saudi Aramco has been promoting initiatives that fall in line with Vision 2030’s aspirations long before the Vision even existed. In 2016, Aramco and TAM collaborated to promote its iRead (English for “إقرأ”) contest dedicated to bringing back the ebbing literary interest among Arab youth.

iRead was a program created to celebrate, encourage, and promote a love and appreciation for reading and, by default, knowledge seeking in Saudi Arabia. The program itself was designed by TAM to blend both a two-week bootcamp and contest in one in an attempt to highlight the importance of literacy and the act of reading on it.

The contest was separated into two segments which the public could apply to: Reader of the Year and Beauty Reader (English for “قارئ الجمال”). The difference between the two existed in the former being a reading, writing, speaking, and knowledge sharing segment, while the latter was meant to depict the passion for reading through photography. Initially, applicants were allowed to submit any book they wanted whether it be English or Arabic. However, considering Saudi Arabia is an Arab country with its main language being Arabic, the contestants’ final pieces had to be an Arabic book presented in that language.

TAM used a combination of digital and traditional media platforms to spread the word about the iRead program. Video promotions and illustrations were created and posted to ensure the message was clearly communicated to Saudi citizens and Arabic speaking residents alike. Of the 1million+ website visitors, more than 18,000 people applied to the program; the highest number of single-year applicants to date.

More direct communication was also utilized to create further awareness and a feeling of worth among the public and those who were less social media inclined. Some of these methods included visits to educational institutions and general on-ground marketing, short text messages, phone calls, as well as emails to applicants who were accepted or had any inquiries.

Filtering through 18,000 people manually would have been incredibly time consuming. So instead, TAM turned to one of its own filtration systems to hasten the process. The two-part filtration system would first categorize the submission into three classes depending on the validity of the application to select 140 shortlisted applicants. The final 40 valid and well put together applications would then be chosen by a judging panel designated based on its experience and knowledge in the literary field.

The handpicked 40 would then go on to partake in the bootcamp which focused on four different fields: Art, Thought, Literature, and Sciences. The workshops, lectures, and activities were created based on pre-proposed daily themes which were suggested by the aforementioned specialist judges and organized by TAM to ensure they were conducted smoothly and effectively.

In the final days of the bootcamp, the participants congregated to watch and discuss a documentary film titled The Compass, final rehearsals were then completed. To keep things fair and unbiased, a new judging committee was chosen to view and evaluate the final performances before the festivities could carry on. Five Readers of the Year winners were selected alongside three Beauty Readers to be awarded a grand prize and support in the form of partnerships within the Saudi culture sector.