Developing and strengthening the creative and culturally talented human capital within the Saudi entertainment sector to aid in gap reduction, industry transformation, and economic furtherance.
Challenge

A collaboration with a Saudi governmental entity, resulting in a human capital development initiative working towards discovering talents by virtue of a competition and bootcamp.
Outcome

More than 11,000 participants submitted an application, 95 of which were chosen to participate in the Bootcamp segment. Aside from forging connections with experts and the government itself, 80 contestants took part in one of the largest events of 2019, Riyadh Season, and three others landed jobs in their fields of expertise.
Impact

The GEA Challenges’ undeniable positive impact, along with the tens of similar programs the GEA has held, can be considered a major player in the authority’s significant progress in finding, acquiring, and developing the kingdom’s creative talent community.

Gifted creators and artists across Saudi Arabia have been surfacing in search of their own unique spotlights ever since the kingdom began heavily diversifying its economy away from oil production. The entertainment sector has been one of its main transformational focal points throughout this entire ongoing process - one that is promising and aspirational.

When the Saudi Vision 2030 was initially announced in 2016, one of its many set goals was to increase household entertainment spending from 2.9% to 6% during the 14-year timespan. Subsequently, almost 60% of the kingdom’s 34.27 million population count are under the age of 30; they are the local entertainment-relishing target that will not only help boost the entertainment sector’s market value but the Saudi economy as a whole.

To achieve the positioned objective, the country needed to expand, develop, and transform its entertainment horizons. At the start of this endeavor, Saudi Arabia was experiencing a challenge in the form of talent shortages. Combating the gap in human capital and hastening its mending are elements of the kingdom’s transformation initiatives, by default making them part of its authorities’ efforts. 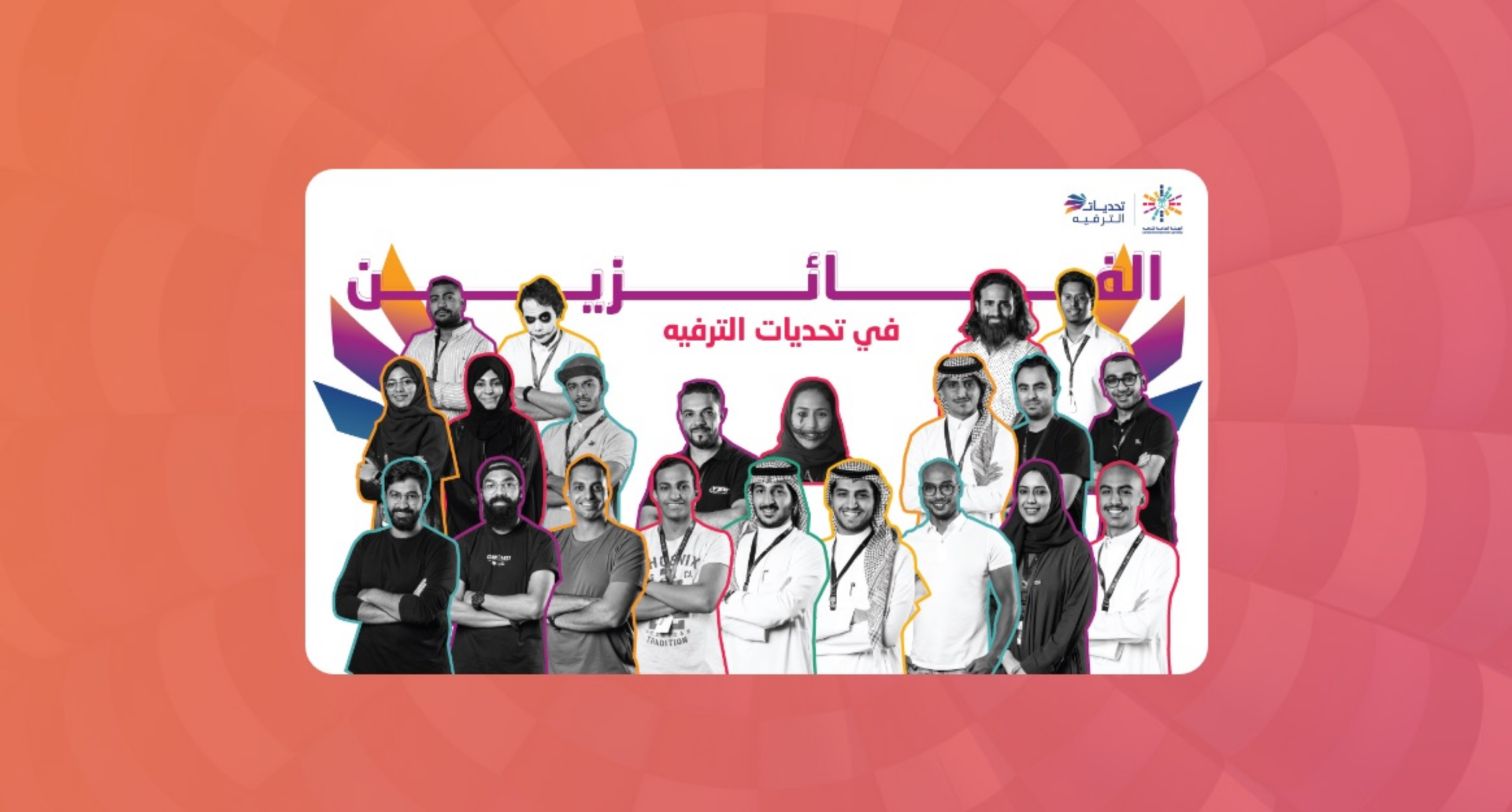 TAM worked together with the General Entertainment Authority (GEA) to find a solution to the “how does one go about finding the right talent in a sea of thousands?” question at hand and the country was introduced to the GEA Challenges. The GEA Challenges was an initiative aimed at expediting Saudi Arabia’s Vision 2030 by finding creative artists and talents from across the country.

The program spanned 20 different entertainment segments - encompassing everything from music and comedic acts to cinematography and video gaming - with a SAR 20 million financial support budget set aside for the program’s top finalists a.k.a the competition segment winners.

Instead of utilizing the typical roadshow methods, TAM applied digital crowdsourcing tools and strategies involving direct and indirect marketing to promote the GEA Challenges and obtain the highest possible reach.

The indirect marketing tactics involved posting attention-grabbing videos to social media, such as Twitter and YouTube, while also incorporating the use of influencers through the second most popular live stories application in Saudi Arabia, Snapchat. On the other hand, the direct marketing approach utilized emails and direct messenger app WhatsApp around the clock to communicate with interested parties who had any questions or concerns regarding the program.

This led to the total participation of more than 11,000 people who were then quickly and effectively evaluated, filtered, and nominated by 19 different committees and over 60 experts based on the proposals they submitted through the dedicated GEA Challenges website.

TAM also ensured a Bootcamp was included to allow the 95 shortlisted candidates to liaise with each other, showcase their talents in an in-depth manner, attend seminars, workshops, and lectures held by veterans of the entertainment and business industries, and finally take part in a Q and A.

Once the two-day Bootcamp was concluded, the top competing candidates were selected, the 21 winners announced, and a celebration event was held in their honor. In fact, this bootcamp was the first of its kind in Saudi Arabia to bring together talents from more than 20 fields to socialize and learn from each other as well as field experts.

The #Entertainment_industry_forum and #Entertainment_challenges, in the last two days, at the Ritz-Carlton in Riyadh have been historical and unforgettable. Thank you for this incredible work and effort, and congratulations to all the winners and honorees. And a special thanks to His Excellency the Counselor… - Qusai Kheder. (Translated Twitter post)

The GEA Challenges program was found to have a positive effect on the talents who were able to create strong and durable connections with each other, their bootcamp mentors, and investors. Almost all the chosen participants were able to land a job, program, or collaboration within the entertainment sector. Additionally, two new communities came out of this single initiative, Saudi sound effects and film fashion.

The GEA has since hosted tons of events and programs loved by millions of people in the kingdom, including a happiness museum, a citywide lights exhibition, even the famous esports festival, Gamers without Borders, which has just made its comeback this June.