Opening Up the Mind to Innovation

The support and development of innovative individuals and SMEs in the kingdom through engagement, training, and investment to expand its business and tech sectors.
Challenge

The development of 80 innovative ideas due to the increased knowledge and training provided to the 3,598 participants. The success of the program lead Monsha’at to signing a partnership agreement with TAM to launch the Open Innovation Center in 2021.
Impact

What exactly is open innovation? It is the process of being open to sharing and receiving innovative information and ideas from inside and outside an organization. But, then what? Well, organizations collaborate with these creative minds that came up with the innovations to transform them from a mere thought into usable products, services, and procedures.

For Saudi Arabia, facilitating innovation proves its local and international adaptability towards creativity and diversity within the business and technology spectrums. When the Saudi Vision 2030 was announced in 2016, one of its priorities was to strengthen small and medium sized enterprises (SME) within the kingdom. This allows it to fulfill its economic diversification plan, especially since SMEs made up 29% of the country’s Gross Domestic Product (GDP) in 2018, a growth of 45% since the Vision became the threshold.

One major move the kingdom made was to immediately bring to life the Saudi Small and Medium Enterprises General Authority, or Monsha’at, whose key objective is to support, develop, and nurture the SME sector. The authority was the means by which Saudi Arabia addressed the difficulties that SMEs had been facing, such as financial backing, lack of information and contacts, and unorganized business plans. 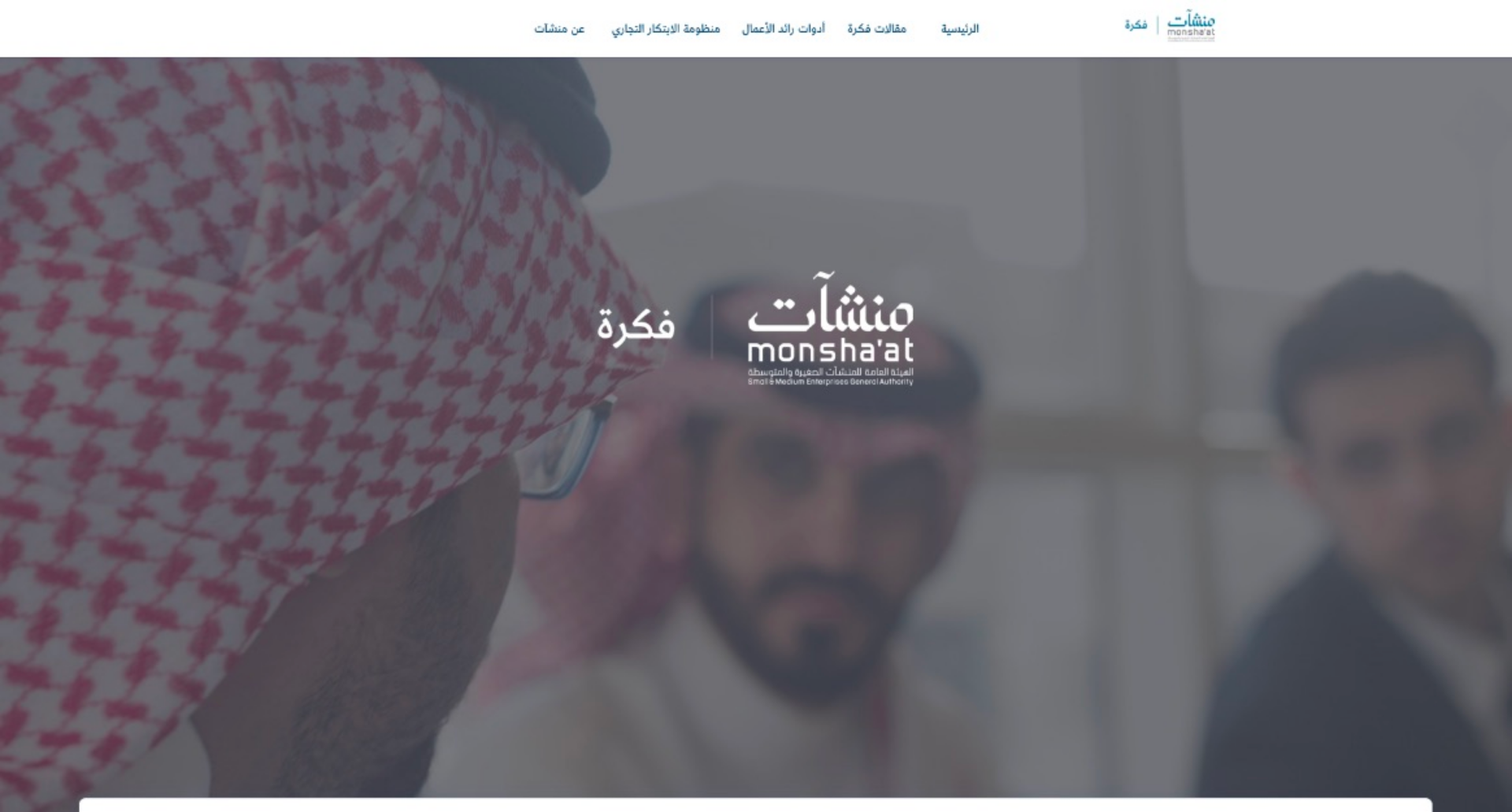 A penny for your thoughts

Fikra (Arabic for “idea”) Platform is an open innovation and participatory thinking platform developed by Monsha’at. For three consecutive years, TAM and Monsha’at worked hand in hand to ensure the complete success of the endeavor, reach out to as many aspiring innovators as possible, and provide them with one of the greatest experiences.

The Fikra Platform launch event was held in the country’s capital, Riyadh, at the Saudi International Conference and Exhibition for Internet of Things in 2019. It was attended by the governor and deputy governor of Monsha’at as well as the Minister of Communications.

The beginning stages of TAM’s preparation of the platform centered around three main elements: the name (to be used across all promotional campaigns), the website (to receive submissions), and the challenges. After interviewing multiple experts across the different fields and conducting thorough research and analysis, a total of 14 challenges in collaboration with 14 different private and public sector entities, such as Noon, Al Dawaa Pharmacy, and the General Commission for Audiovisual Media, were chosen to represent the program.

The challenges focused on a digital solution-finding trajectory for current or future obstacles within multiple industries, including education, engagement, pharmaceuticals, and e-commerce among others. The main goals for this program were to attract innovative private and public sector solutions, increase demand for innovation by making things interesting, engage the community, and support local talents and creatives.

The overall marketing strategy involved regularly uploading social media posts from the Monsha’at official Twitter and LinkedIn accounts over a three-year timespan as well as the employment of local influencers. Traditional media coverage from popular local newspapers such as The Economist (الاقتصادية) and Saudi Gazette aided in pushing things forward towards the public, while direct communication through emails and WhatsApp messaging hammered home the spreading word about the Fikra Platform challenges. The combination of these promotional and engagement moves resulted in the submission of 3,598 innovations, most of which favored .

A total of 10 seminars and 7 training bootcamps were assembled throughout the program’s duration as part of its objective to support participants in advancing their innovations. Every challenge had its own judging committee which resulted in 42 official winners (three from each challenge category) and 80 developed ideas. The majority of the submissions leaned towards the design of watches inspired by Saudi Heritage and the creation of social security programs.

However, in order to succeed, the competitors had to get to work on the planning and licensing processes while also handing in a business model that could be broadened. Additionally, they had to have a clear marketing strategy and financial summary, as well as a serious attitude towards implementation.

The success of the Fikra Platform program lead Monsha’at to sign a partnership agreement with TAM in June of 2021 to launch its very own Saudi Open Innovation Center located within Monsha’at’s headquarters in Riyadh.

“The Riyadh center specializes in the Internet of Things (IoT) and cybersecurity, and the Khobar center focuses on artificial intelligence and data analytics. We have a track for traditional businesses to adopt new technology, and we have another track for innovative startups.” - Monsha’at Tech Innovation Specialist, Mohammed Almamar, Arab News