The unification of the program’s departments and members using a three-day training bootcamp.
Outcome

An increase in awareness among different sectors about the positive impact of the program and its needs through intensive workshops. This helped publish the initial version of the program’s tools and resulted in 170+ new initiative proposals.
Impact

The Saudi hospitality industry was one of the many sectors that took a hit in 2020 after the country halted all things travel and tourism. That may sound like an entirely bad situation, but there was still some benefit to it. The industry was given the opportunity to take a step back and reevaluate its operations.

Prior to the kingdom’s Vision 2030 economic diversification objectives, which included the expansion and reinforcement of tourism, the hospitality sector relied majorly on domestic tourism and pilgrimage to run. With millions of pilgrims annually showing up for Hajj alone, the country did not really need to diversify its tourism sector even after the Vision was declared, at least not in its western region.

Saudi Arabia may have even broken a record in 2019 when its Holy city of Makkah witnessed the arrival of over 2.5 million Hajj pilgrims. It is considered one of the world’s largest human gatherings, after 2012’s 3.16 million, of course. However, that number did not tide over into 2020, as the kingdom placed a 1,000-pilgrim cap for the year due to the unfortunate circumstances.

Nevertheless, that move gave the country the freedom to step things up and renew its hospitality efforts. More specifically, it set out to strengthen its Doyof Al Rahman (or “Guests of God”) Program (DARP) which was launched in 2018 as part of the Vision 2030 objective looking “to enhance the experience and the ability of Hajj and Umrah.” 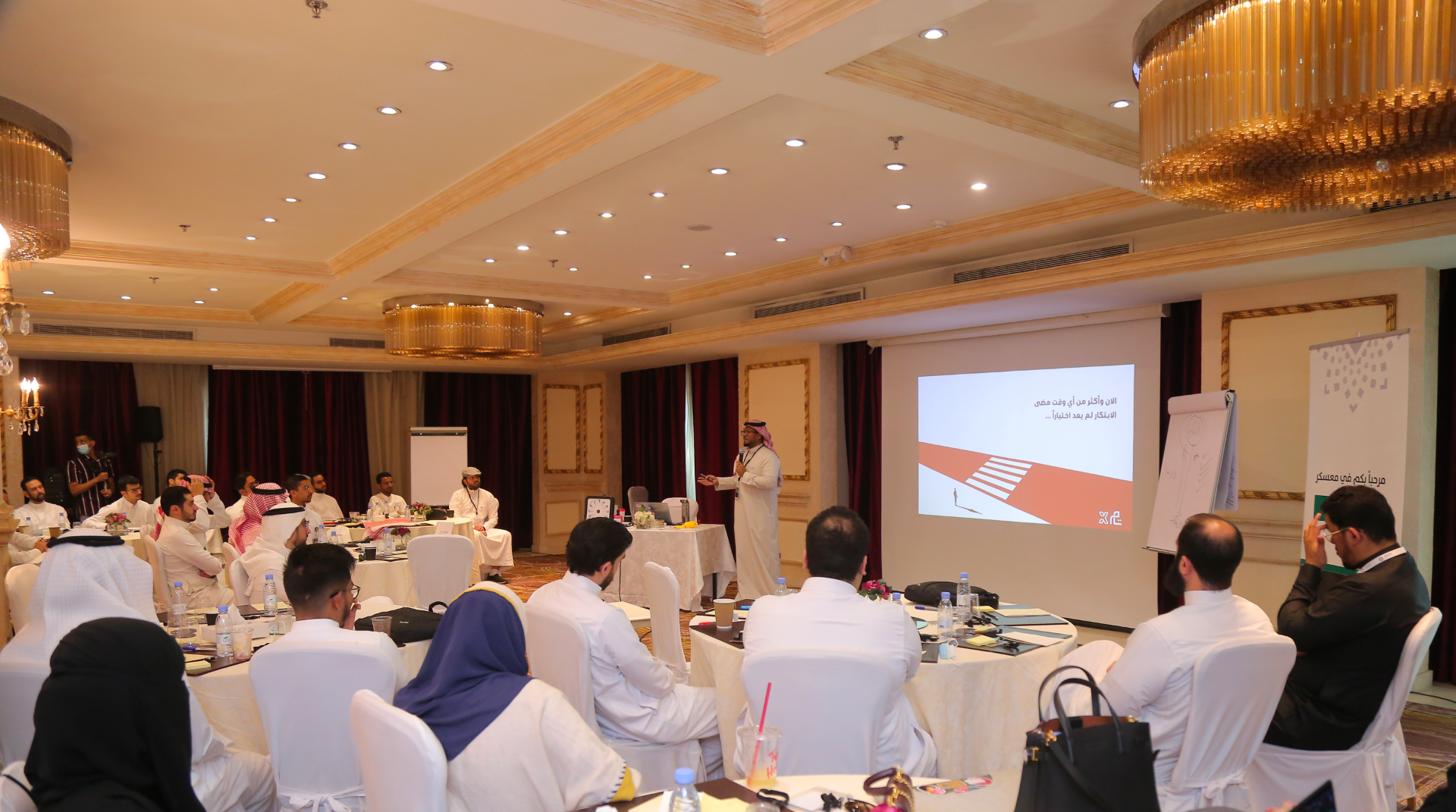 DARP’s main goal when working with TAM in 2020 was to empower its pilgrim service providers by developing and fortifying their innovation-based knowledge and infrastructure. This would unify the program’s departments and employees, allowing them to design, implement, and launch powerful guest-centered initiatives and services. With DARP's green light, TAM began the process of blueprinting the Guest Centrality Methodology project.

The project consisted of six primary courses of action; the initial being an analysis of DARP’s guest-centrality experience adoption level. The analysis was made up of both secondary and field research performed through a collaborative effort between TAM and the program’s department representatives. The course’s interviews, surveys, past reports, and three workshops proved beneficial.

TAM’s team was able to gather enough information about the available skill gaps and stakeholders’ vision to move on to the project’s second round. This involved determining the areas in need of development by utilizing TAM’s very own capability maturity measurement tool.

The ensuing results eased the project’s next step which included identifying and developing the complete guest experience methodologies, tools, and guidelines. The initiative’s design methodology contained two essential elements; the compass and the map. They were created as detailed guides towards higher quality initiatives and services, keeping the designers prepared for any needs or challenges that may arise.

Now that the program had a clear and dynamic methodology to follow, as well as a toolkit made to support the design and launch of new initiatives, it was time to move to the succeeding stage. Stage four was all about developing a unified content and structure base for DARP’s forms, guidelines, and awareness campaigns. It included the building of the program’s designated “Memory Making” platform and ensuring it was filled to the brim with educational and awareness-based content. More specifically, 15 information-packed videos and 38 innovation-stimulating interactive tools were added.

Next, TAM designed a three-day bootcamp for the program’s employees. The bootcamp’s training consisted of an introduction to the compass and its basic components as well as its implementation, to guarantee its success and the employees’ ability to operate it. Fifty-two individuals from nine different DARP departments attended the daily training sessions that covered everything from the basics and foresight, to discovery, design, and initiation.

“It is rare for one to sit all hours in a seminar with enthusiasm. This is the first camp I have ever enjoyed the whole time.” - Bootcamp Attendee (Translated Quote)

Finally, the awareness segment came into play. TAM held 11 intensive workshops revolving around the prioritized paths of DARP to test the methodology and generate ideas for initiatives. The seminars saw the participation of 15 different sectors and 171 newly produced initiatives. Additionally, these interactive workshops contributed to building a positive image of the program while enhancing its role as a sector-based driver and catalyst.