To strengthen and extend Saudi youth work experience and the understanding of real-world adult life with summer jobs.
Challenge

The development of work and sector knowledge, tips, and techniques among 645 youths across multiple industries.
Outcome

The tens of thousands of website visits and applications prove there is a mass desire for self improvement among youth. As the program resumes and develops, more young locals will be able to find their future career callings, while also increasing their knowledge and keeping themselves out of trouble.
Impact

The program introduced and reinforced the importance of summer education among young people in Saudi Arabia by increasing awareness and leaving an impression with the use of entertainment in education.

As the global labor force expands, job-entry requirements and opportunities become more demanding and, unfortunately, scarcer. Hasn’t almost every fresh graduate wondered how they are asked and expected to have four years worth of experience when they just stepped foot into the labor market yesterday?

Our guess is, that is why summer jobs were invented; to start gaining experience at an early age. Well, that and their ability to instill certain positive traits among youth that grow with them, such as responsibility, frugality, independence, and communication skills, which in turn can also decrease violence and overall delinquent behavior.

Saudi Arabia defines their youth as those aged between 15 and 34, which make up 36.7% of the total population. In 2019, that age group made up 47% (approximately 1.5 million people) of the country’s workforce. Higher schoolers and fresh college students (ages 15 to 19) comprised a mere 6.2% of the aforementioned workforce.

While the kingdom saw a positive impact on the labor market between 2015 and 2019, with the participation rate increasing by 4.4% and unemployment rate dropping 11.5%, the number of working teens is still considered rather miniscule in the grand scheme of things. Since they make up the majority of the population, empowering Saudi youth would result in hundreds of long term positive effects, aiding the country in realizing its Vision 2030 economic reforms and transformation objectives. 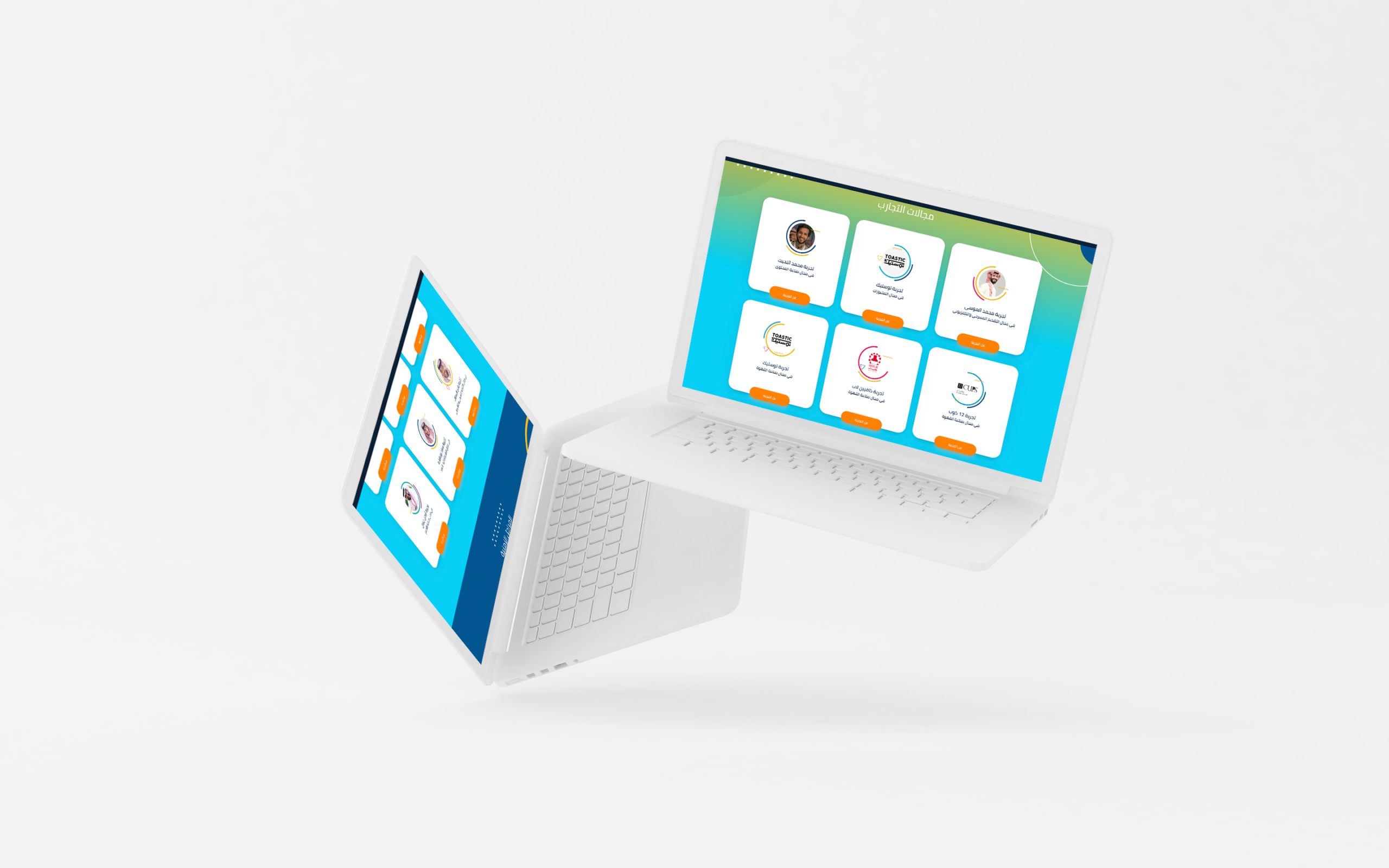 TAM took notice of a missing summer activity; a gap that, if filled, could benefit Saudi youth in terms of easing their future school-to-work transitions. In 2020, TAM decided to take on the task of remedying this gap by launching its “101 Summer Experiences” initiative made up of multiple courses that could aid students in finding their future career interests, or simply a summer activity they might enjoy and learn from.

To kick things off, TAM developed the initiative’s identity from A to Z. This included, naming the program alongside structuring and designing the logo, course icons, and most importantly, the website through which interested parties would apply. Next, came the task of selecting the course types and their instructors. Finding skilled experts willing to educate the youth about their field of expertise was a cakewalk - who wouldn’t want to brag about their life’s work in an academic manner?

For this project, nine instructors were chosen and their topics ranged from the basics of coffee making and pastry baking to content creation, TV presenting, and filmmaking. Based on the instructors’ preferences and requirements, the courses were conducted both online and offline with most of them having an attendance number limit; starting with 3, going all the way up to 40, and then jumping to however many the servers could handle (i.e. unlimited).

Subsequently, it was time to launch the whole affair, and inform people that Summer Experiences was open for application submissions. To do so, TAM set up a Twitter account dedicated to the initiative and began the process of regularly posting updates and interesting tidbits. To expand its reach, the trainers themselves retweeted 101 Summer Experiences’ posts, and uploaded promotional videos of their own in an attempt to gain their audience and fanbase’s attention.

This move garnered approximately 60,000 views and 45,000 website visits which provided people with all the course details, including what topics were covered, what they would gain by attending, in addition to when and where the classes would be conducted. Once they applied through the website, the submitted applications were filtered to select those that fit the criteria set by both TAM and the instructors.

The result was the participation of 645 youths across all the programs, with their favorites being content creation, 3D printing, and the visual courses (i.e. theater, filmmaking, and television presentation). The students’ diverse backgrounds and ages helped create a highly interactive and enjoyable educational environment, allowing them to retain the information and leave with the knowledge they set out to gain.